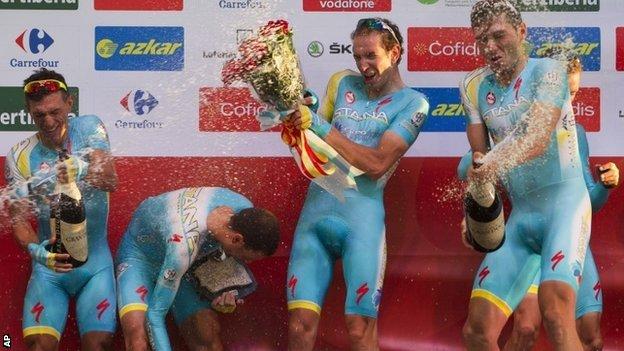 Team Sky were led over the line 22 seconds adrift by Welshman Luke Rowe.

"It was a great time trial," said 28-year-old Nibali, who won the Giro d'Italia earlier this season.

"The team was fantastic. My condition is very good but the Vuelta is very hard and long, and has some very important stages. We'll have to see day by day."

Sunday's stage covers 177.7km from Pontevedra to Alto Do Monte Da Groba, featuring the first summit finish of the race.

The Vuelta is the final three-week Grand Tour of the season and finishes in Madrid on Sunday, 15 September.