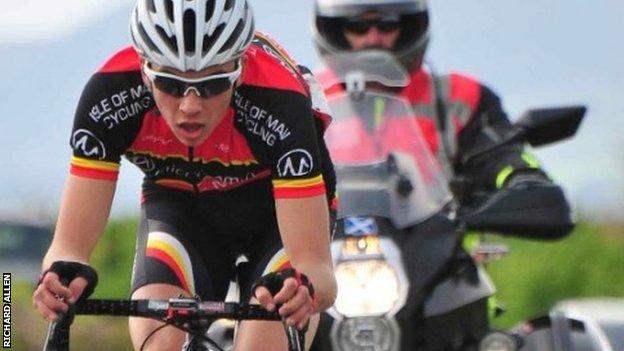 Kelly, 18, claimed the title after an impressive performance in the Junior Tour of Wales over the weekend, six years after Kennaugh won the title.

The Team Microgaming - Isle of Man rider is the fourth Manx cyclist to have won the series.

Scott Davies (Wales A) won the Junior Tour of Wales, with Kelly ninth.

His performance was enough to secure the overall title.

Kelly took the series lead in May after winning the Isle of Man Junior Tour.