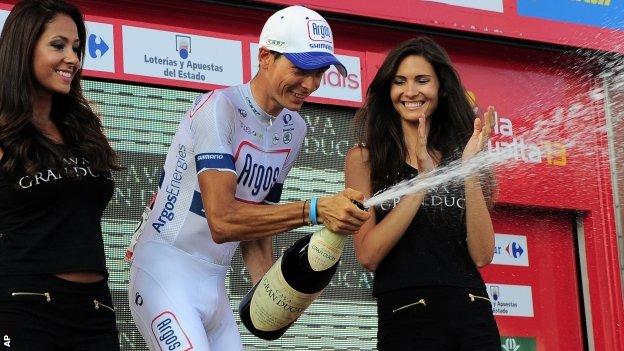 France's Warren Barguil broke clear in the final kilometre to win stage 13 of the Vuelta a Espana in Castelldefels.

The Argos-Shimano rider powered up a short uphill finish to secure his first professional win from Italy's Rinaldo Nocentini and Dutchman Bauke Mollema.

With three mountainous stages coming up over the weekend, the main contenders were content to conserve their energy and let the breakaway riders contest the finish.

And with more experienced riders such as Michele Scarponi, Mollema and Nocentini keeping tabs on each other, Barguil slipped away to take the victory by seven seconds.

Saturday's 14th stage takes the riders 155.7km from Baga to a summit finish in Andorra.