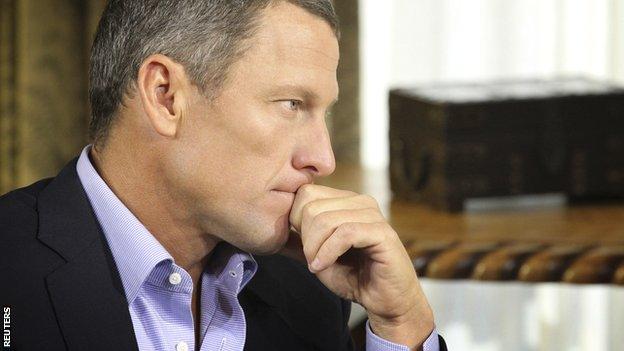 Disgraced cyclist Lance Armstrong has handed back the bronze medal he won at the Sydney Olympics in 2000.

Armstrong has given the medal to US Olympic officials, who will return it to the International Olympic Committee.

The IOC requested the return of the time-trial medal in January, in the same week the American admitted he had used performance-enhancing drugs.

The 41-year-old was stripped of his seven Tour de France titles and banned from cycling for life in October 2012.

That came after the US Anti-Doping Agency (Usada) produced evidence of widespread doping by him and his former team-mates.

However, he did not admit to cheating until he confessed during an interview with chat show host Oprah Winfrey in front of a worldwide television audience.

"The 2000 bronze is back in possession of US Olympics and will be in Switzerland as soon as possible to the IOC," Armstrong said on Twitter.

US Olympic Committee spokesman Patrick Sandusky confirmed the organisation had received the medal.