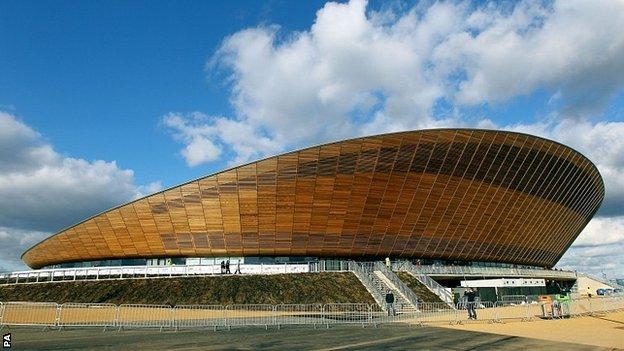 London has been chosen as the host of the 2016 Track World Championships.

The capital city's velodrome, where Great Britain picked up nine Olympic medals in 2012, will be the venue for the annual event.

"This is another great coup for British sport and a real legacy from London 2012," said Minister for Sport Hugh Robertson.

The decision to award the event to London was made by the management committee of the International Cycling Union (UCI ) in Florence, Italy.

The championships will take place between 24 and 28 February 2016, forming part of UK Sport's 'Gold Event Series', which aims to bring 70 world-class events to Britain by 2019.

It will also serve as the final phase of the Olympic qualification process for the Rio 2016 Games.

"Winning the bid to host the final Track Cycling World Championships of the next Olympic cycle is important strategically for us," said British Cycling's chief executive Ian Drake.

"It's good for the current generation of athletes, but it's also an important tool for inspiring the next generation who will follow in their footsteps."