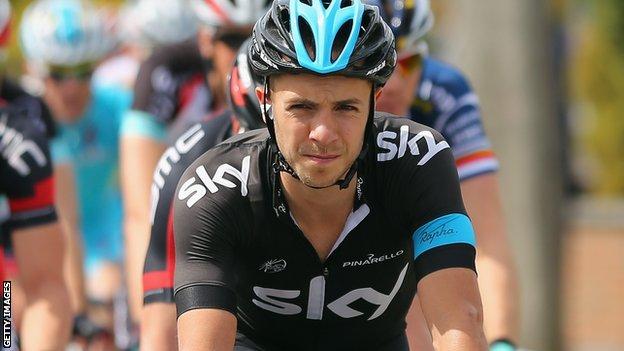 Great Britain's Jonathan Tiernan-Locke has been ruled out of Sunday's elite race at the Road World Championships.

The 28-year-old 2012 Tour of Britain winner, who is replaced by Luke Rowe, tweeted: "Sorry I had to withdraw, don't have the form to help the lads."

Who is Luke Rowe?

Rowe, 23, who won stage one of the Tour of Britain in 2012, tweeted: "Worlds this Sunday, looking forward to having a dabble and do what I can to help Froome. Always good to get a ride in the worlds."