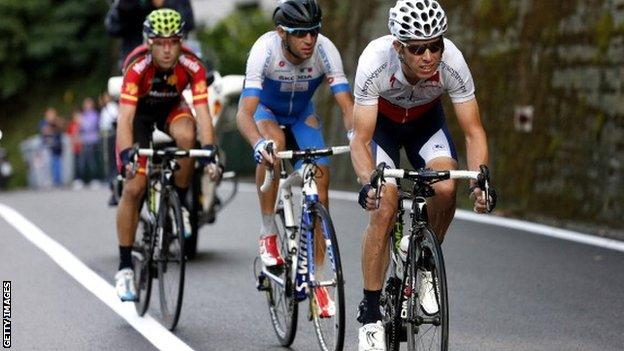 Professional road racing could feature promotion and relegation as part of a new three-tier league system proposed by world governing body, the UCI.

The WorldTour would be scrapped in favour of a 16-team first division which would race across 120 days.

An eight-team second tier would then race over 50 days while a lower tier would be made up of regional divisions.

The reforms will be considered for approval in January and if given the go-ahead would be introduced from 2015.

In a newsletter published by the UCI, the proposals - which would be fully in place by 2020 - were described as having the ability to bring about a "profound and decisive change" in the organisation of professional cycling.

In the same 'Sport and Technical' newsletter, Cookson said: "In order to restore confidence in the UCI and promote cycling all around the world, we have to transform the way in which anti-doping procedures are managed, restructure elite road cycling, develop women's cycling and reinforce our position and influence, in particular within the Olympic Movement.

"These are immense tasks and work on them has started already."