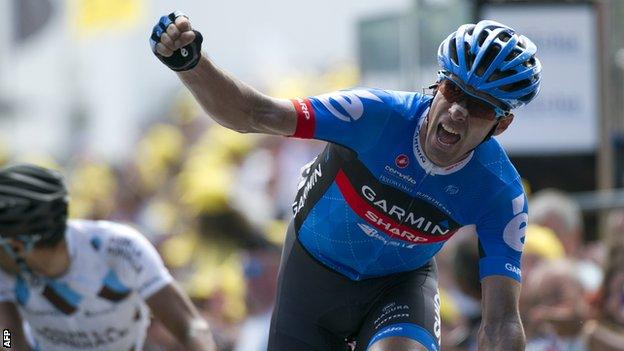 British cyclist David Millar has announced he intends to retire at the end of the 2014 season.

The Scot, 36, has won four individual stages at the Tour de France during his career and has also won stages at the Vuelta a Espana and the Giro d'Italia.

In 2004, he was suspended for two years for taking a banned substance but has since become an anti-drugs campaigner.

Millar told the Dutch cycling magazine Wieler Revue he had "suddenly" realised his career was coming to an end.

He added: "I think my body is actually getting stronger, it is just that I don't want it or need it as much as I once did.

"I can still be on top of the game - I know that - but it is a lot harder for me now and I want to be on top of my game next year. With the motivation of knowing it is my last year, I know I can get the best out of myself."

Millar was handed his ban after being found guilty of taking erythropoietin (EPO) - a drug that controls red blood cell production.