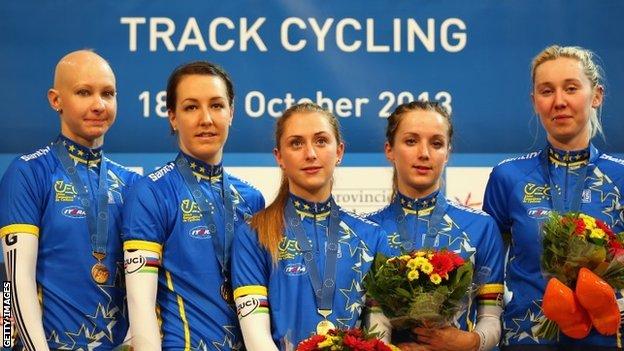 Both of Britain's pursuit teams won gold on day one of the European Track Championships in the Netherlands.

Laura Trott, Dani King, Elinor Barker and Katie Archibald beat Poland in the 4km pursuit to add the European title to the world and Olympic crowns.

King came second in the women's points race while Jess Varnish and Becky James were third in the team sprint.