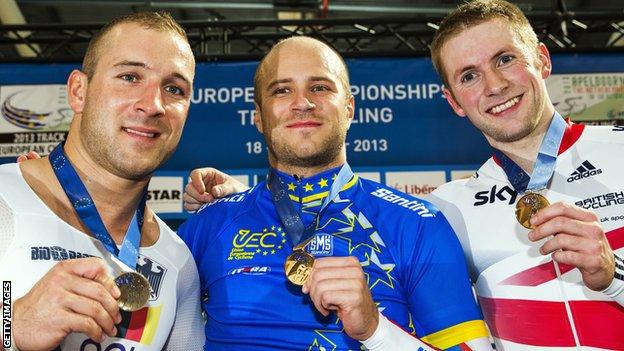 Britain secured two bronze medals on the second day of the European Track Championships in the Netherlands.

Kenny, 25, lost to Robert Forstemann in the semi-final, but beat another German, world champion Stefan Botticher, to claim his medal.

Russian Denis Dimitriev took the gold when he beat Forstemann in the final.

Varnish lost to home favourite Elis Ligtlee in the final four, but beat Virginie Cueff of France to collect her second bronze in two days after finishing third alongside Becky James in the women's team sprint on Friday.

Britain's Laura Trott is in third place at the halfway point in the omnium, despite the London 2012 gold medallist crashing in the elimination race and needing stitches in a leg gash.