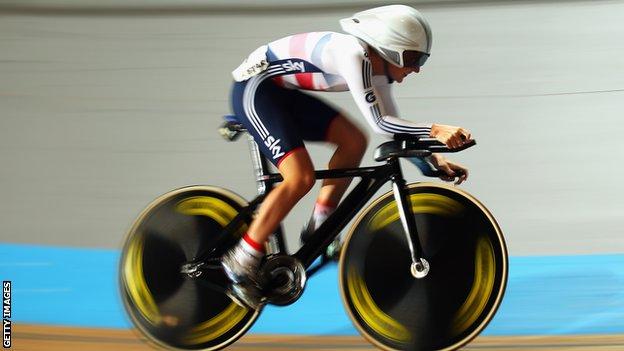 Great Britain's Laura Trott has won her second gold medal at the European Track Championships in the Netherlands.

Trott, who was part of the quartet that finished first in the 4km team pursuit event, claimed gold in the omnium.

She finished the six-event competition on 15 points, level with Kirsten Wild of the Netherlands, but 21-year-old Trott won the title on countback.

Trott ‏tweeted: "A bit of a battle to say the least with Kirsten Wild who is on fire. Super happy to win gold, even if it was only by 0.4 of a second."

Meanwhile, Ireland's Martyn Irvine won a bronze medal in the men's omnium, just seven months after fracturing his thigh bone in a crash.