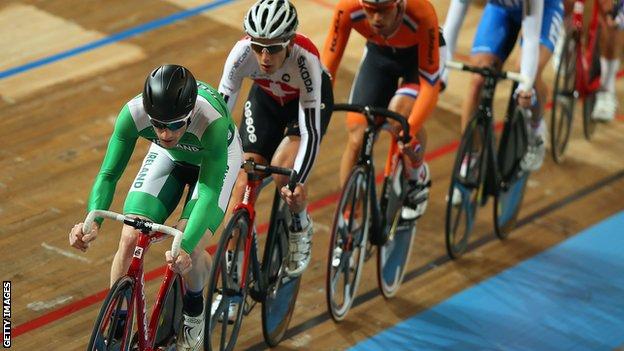 Martyn Irvine has won a bronze medal at the European Track Championships in the Netherlands, just seven months after fracturing his thigh bone in a crash.

The Newtownards man won Saturday's points race in the omnium event and stayed in touch in Sunday's rounds.

The 28-year-old followed his silver medal in the individual pursuit event by taking gold in the 15K scratch race.

Irvine suffered the leg injury while taking part in the Tour of Taiwan in March.

Elsewhere, Britain's Laura Trott, 21, won the female omnium competition, finishing in front of Kirsten Wild of the Netherlands on the countback rule.