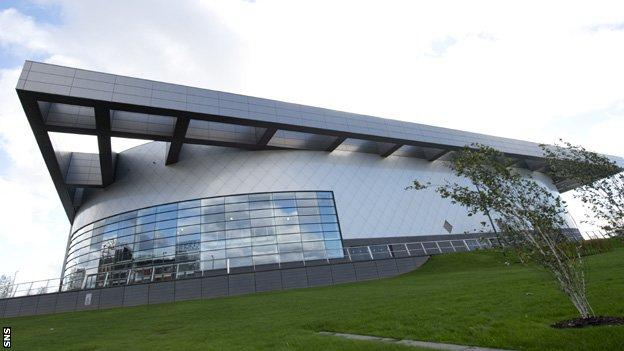 Bruce Croall set a new Scottish record when he won the kilo title on the fourth and final day of the Scottish Cycling National Track Championships.

Katie Archibald added to her medal haul this season in the 3km women's pursuit.

The Glaswegian, who has joined British Cycling's academy programme and who won gold with Team GB at the European Championships this month, was representing City of Edinburgh RC and proved too fast for Anna Turvey of Tyneside Vagabonds and Louise Borthwick of Edinburgh Road Club.

Archibald will now turn her attention to the

Goldsworthy and Peacock hope to represent Scotland at the Commonwealth Games next year and they pushed one another hard in their battle for the individual pursuit title.

Peacock, the reigning champion, beat the Scottish record in qualifying with a new personal best of three minutes 35.526 seconds.

But only five minutes later Edinburgh's Goldsworthy, originally from Stranraer, lowered the record by a further two hundredths of a second.

When the pair went head to head in the final, Goldsworthy won in four minutes 35.987 seconds. In the bronze medal race Gavin Murty (The Racers) raced to victory over Alistair Rutherford (Wheelbase Altura MGD).

Goldsworthy told Scottish Cycling: "I am delighted to be able to walk away with a Scottish title, knowing that the Commonwealth Games are taking place here in just over nine months. Hopefully the crowed enjoyed it too."