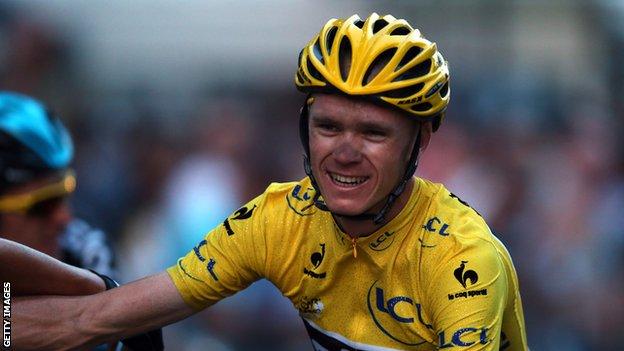 The Team Sky rider is the second Briton to be given the award in as many years after team-mate Sir Bradley Wiggins earned the accolade 12 months ago.

The award is decided by a poll of cycling journalists set up by France's Velo Magazine.

Froome, 28, won the Criterium du Dauphine and Tour de Romandie in 2013 in addition to the Tour de France.

His team tweeted: "Congratulations to @chrisfroome for winning the 2013 Velo d'Or award!"

Colombia's Nairo Quintana, the Tour runner-up as well as leading climber and best young rider, was voted prospect of the year.