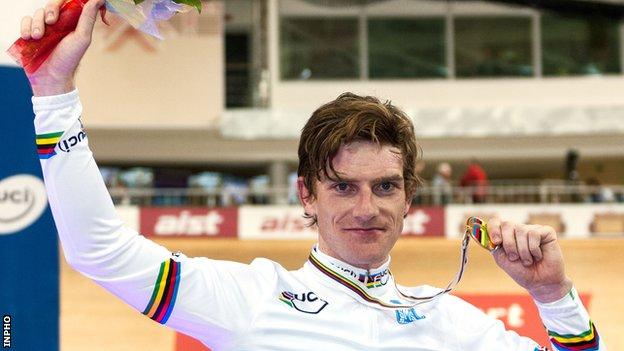 Martyn Irvine's rollercoaster year continued on Tuesday night when he sustained leg muscle injuries in a crash at the Ghent Six Day in Belgium.

The Newtownards rider was stretchered off the track and has been released from hospital following treatment.

Irvine became world scratch champion in February but he suffered a fractured leg a month later.

He won the men's points race at the Track Cycling World Cup in Manchester just seven months after the fracture.

Irvine came off his bike on the opening evening of competition, and there were early fears that he had broken a femur.

While he has no broken bones, Irvine still faces a lay-off to recover from his latest injury setback.

He has been ranked world number one in the pursuit and scratch events for much of the year despite his leg fracture in the Tour of Taiwan.