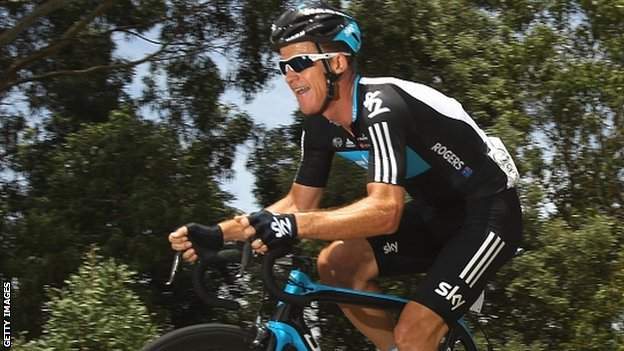 The 33-year-old Australian tested positive for clenbuterol at the Japan Cup in October.

Team Sky's Jonathan Tiernan-Locke is also being investigated after an anti-doping violation.

Rogers' team released a statement which stated that the Australian feared the positive result was due to a contaminated food source.

The Tinkoff-Saxo statement read: "Michael Rogers immediately informed Saxo-Tinkoff's management about the notification from the UCI.

"The Australian explained to the team management that he never ingested the substance knowingly nor deliberately and fears that the adverse analytical finding origins from a contaminated food source.

"Michael Rogers participated in Tour of Beijing the week before the Japan Cup and travelled directly from China to Japan."

Rogers left Sky after being named in evidence in the Lance Armstrong case as working with the American's favoured doctor Michele Ferrari.

Rogers was upgraded to bronze in the time trial at the 2004 Olympics when Tyler Hamilton was disqualified for failing a drugs test.