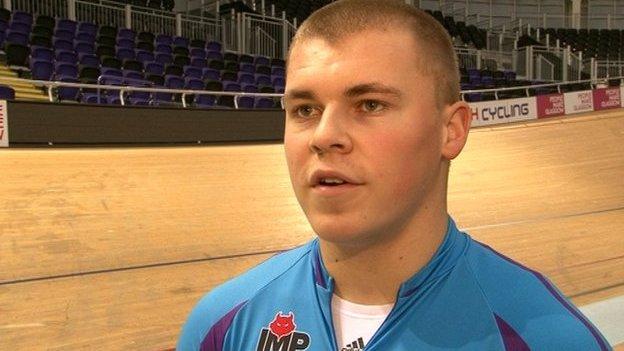 Manchester-based Skinner, 21, and his City of Edinburgh team-mate, Paul, will be joined by young Welsh rider Lewis Oliva in the sprint team.

Skinner, in his one and only World Cup appearance of the 2013/14 season, will also race in the 1km time-trial.

The Scottish sprint champion is currently a member of the Scottish Cycling Performance programme.

The event in Guadalajara is the third and final round of the World Cup season following events in Manchester and Aguascalientes, Mexico.

Skinner, Paul and Oliva will be up against the German men's sprint team of Rene Enders, Robert Forstemann and Joachim Eilers. That trio have dominated the first two rounds of the competition.

Oliva, 21, told British Cycling: "JP will fill the man one slot out there, at the minute it looks like Callum is going to go man two off the back of some good form recently riding Revolutions and I'm going to try and bring it home as best I can in man three.

"We've got quite a good chance as a team. There's no reason we can't get on the podium."

Oliva will also take part in the keirin and, along with Skinner, the individual sprint.