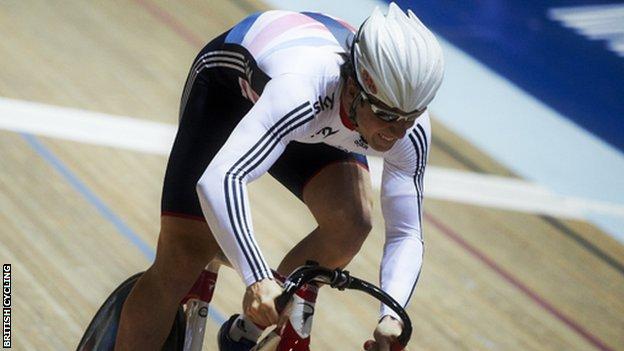 Welshman Oliva, 21, part of the trio that finished third in the men's team sprint on day one, was promoted after several disqualifications.

Jon Dibben ended day one of the men's omnium in first position after three of the six events.

Olympic and team pursuit champion Dani King is fourth in the women's omnium.

Victoria Williamson, 20, and 18-year-old debutant Dannielle Khan emulated the men with a sprint bronze on day one.

The third and final round of the UCI Track Cycling World Cup ends on Sunday night with the conclusion of the men's and women's omnium events plus the men's sprint and Madison, and the women's keirin.