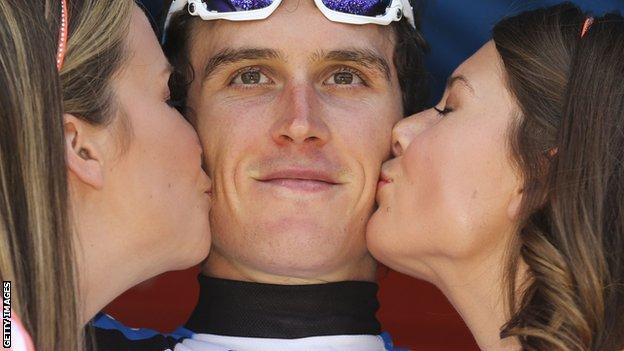 Double Olympic track cycling champion Geraint Thomas says he will not be Team Sky's number-one rider in the Tour Down Under.

The 27-year-old Welshman finished third in the road race season opener in Australia in 2013.

But Thomas is happy to support Team Sky team-mate Richie Porte, who will be competing in his home country.

"I'm happy to do my job for Richie," Thomas said.

"He's Australian. He's really keen for this race. He's our number one.

"But I'm sure if there's an opportunity though, I've got the freedom to try and get a result myself or we can both possibly potentially be up there."

Cardiff-born Thomas and his Team Sky colleagues, including fellow Welshman Luke Rowe, have been training in Australia since 30 December.

Thomas, who rode last year's Tour De France with a broken pelvis, says the preparation for the Tour has been ideal for the season ahead.

"We've had a quality two and half weeks training here and then end off with this six day race," says Thomas.

"It's good preparation for the race but also for the season itself.

"The weather's really good, the roads are good, the food and things so it's a great way to get that base into the start of the year."