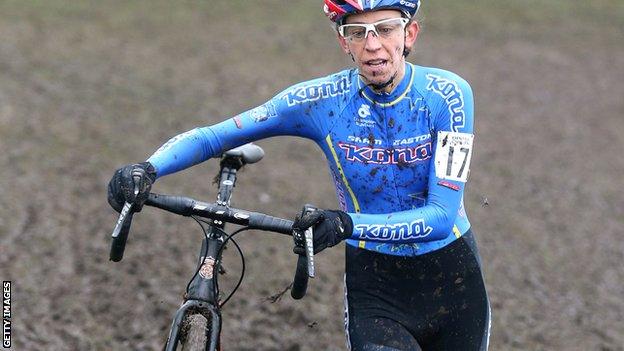 Helen Wyman captured the first British women's medal at the Cyclo-Cross World Championships since 2000 when she won bronze in the Netherlands.

The 32-year-old, who last month won her eighth national title in nine years, led on the first lap in Hoogerheide.

Fellow Briton Nikki Harris was fifth but World Cup winner Katie Compton had a bad start and trailed in ninth.

Marianne Vos of the Netherlands won her seventh world title, finishing over a minute ahead of Italy's Eva Lechner.