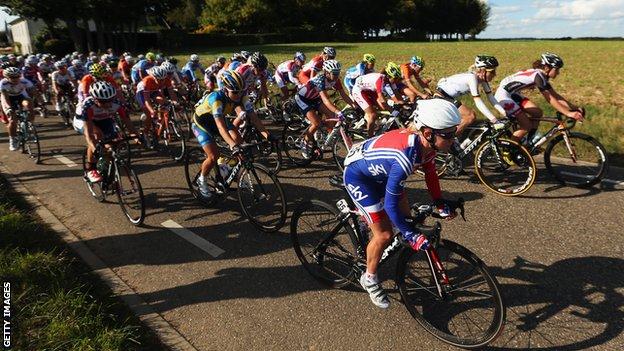 A new women's cycling race will finish at the Champs Elysees on the final day of the 2014 Tour de France.

"I am delighted to see this exciting development for women's cycling," UCI president Brian Cookson said.

"Women's racing on the iconic Champs Elysees is a tremendous step forward."

Marianne Vos, Olympic and triple world champion in road racing and, with Pooley, one of the founders of the campaign, says the introduction of the one-day race is a major advance.

"I am very excited to be taking part, especially with the majestic finish on the Champs Elysses. The launch of this race is a revolutionary development in our sport," the Dutchwoman said.

"The tour is the pinnacle of professional cycling, and I have no doubt that La Course by Le Tour identifies a new era for women's cycling and will significantly contribute to the growth of road racing."

Four-time Ironman Triathlon champion Chrissie Wellington has also been one of those campaigning for a women's event on the tour and says the race is a "game changer".

She said: "We need a stage like this to show just how strong and talented women cyclists are. We are celebrating.

"This is a game changer for women's cycling. It is a huge step forward."