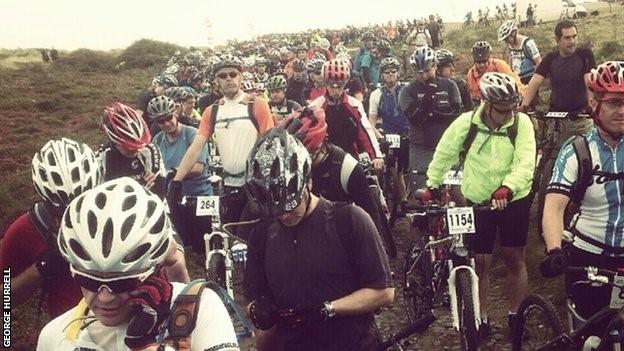 In recent years the popularity of the 46-mile race has seen the limit raised to 1,700 riders, but organisers are urging riders to sign-up early.

Organiser Kate Evans said: "The closing date isn't until August, but the entry list is usually full long before then."

Organisers said last year was the largest field in the event's 17-year history, with more than 700 cyclists travelling to the island to race.

Riders have to tackle 1,500 metres of climbing, combining fast roads, sweeping moorland paths, country lanes and forest single-track before they reach the finish at Cregneash in the south of the Island.

The race began in 1996 and is now one of the island's most popular mass participation sporting events, with many riders coming from overseas to take part.

This year's race will take place a week later than usual, on 7 September.