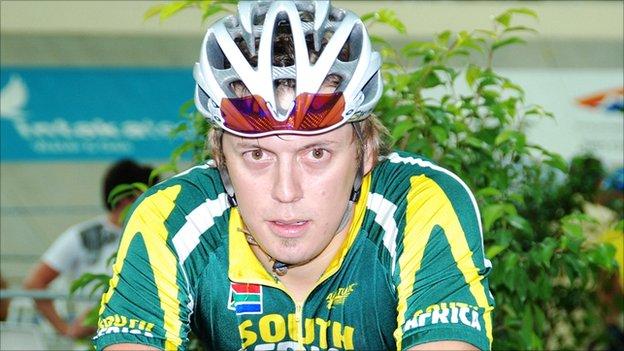 South African track cyclist Jeanne Nell has died following a crash while attempting to qualify for this summer's Commonwealth Games in Glasgow.

Nell, a former national sprint, time trial and keirin champion, fell during a keirin race in Cape Town on Tuesday.

He represented South Africa at the UCI Track World Cup in 2013 and was described by his coach as "one of the best sprinters South Africa ever had".

His death follows that of fellow South African cyclist Burry Stander in 2013.