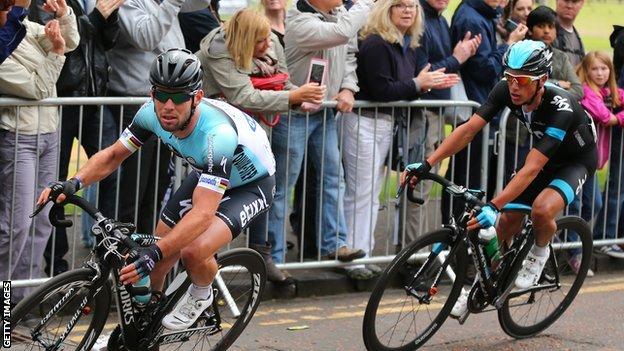 Lincolnshire has been chosen to host the 2015 British Cycling National Road Race and Time Trial Championships.

The time-trial route will include some of the Lincolnshire Wolds' steepest climbs, with the men's and women's road races passing through Lincoln.

The 2013 Championships were held in Glasgow, with Omega Pharma-Quick Step's Mark Cavendish winning the men's road race and Lizzie Armistead the women's.

Nicole Cooke has won the women's road race title 10 times, including nine consecutive wins from 2001 to 2009.

This year's Lincoln Grand Prix on 11 May will provide a chance to try out the proposed route for the 2015 road race.