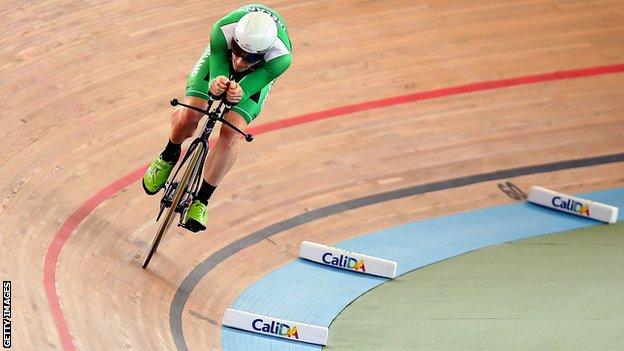 The Newtownards cyclist, who won a silver medal in the scratch race on Thursday night, lapped the field once and also headed three of the points sprints held in the event.

But the medals were clinched by three riders who had gained three laps.

The points race was Irvine's final event in Cali but the Northern Irishman will be able to look back on another successful World Championships.

Irvine took a gold and silver at last year's championships in Belarus and having won a European bronze last autumn, the Irishman has become a regular accumulator of major medals.

The county Down man will concentrate on road racing over the next number of months with the Tour of Taiwan looming in the coming weeks.

His next major track event will be when he represents Northern Ireland at the Commonwealth Games in July.

Caroline Ryan will be the final Irish team member in action in the championships when she competes in the 25km women's points race on Saturday night.

Ryan won a bronze medal in this event at the World Championships in Melbourne in 2012.