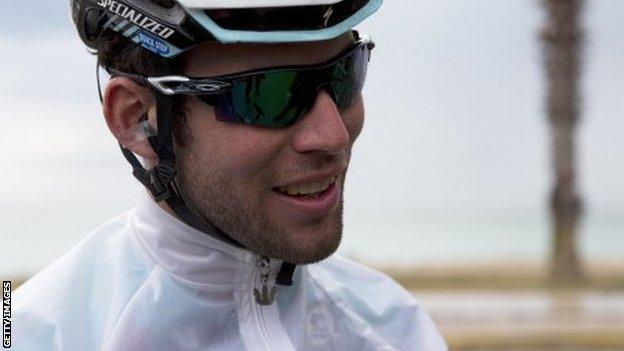 The Manx cyclist's team covered the 18.5km (11.5-mile) route from Donoratico to San Vincenzo in 20 minutes 13 seconds on Wednesday.

Cavendish, who also led the race after last year's opening time trial, said the team were "even stronger".

Tony Martin was again instrumental in the Belgian team's success.

The race continues on Thursday with the 166km (103-mile) stage from San Vincenzo to Cascina, which is likely to end in a bunch sprint.