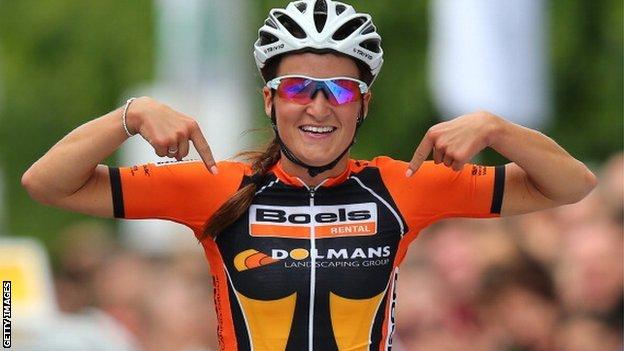 London 2012 gold medallist Marianne Vos, who has won the last three runnings of the race, did not compete.