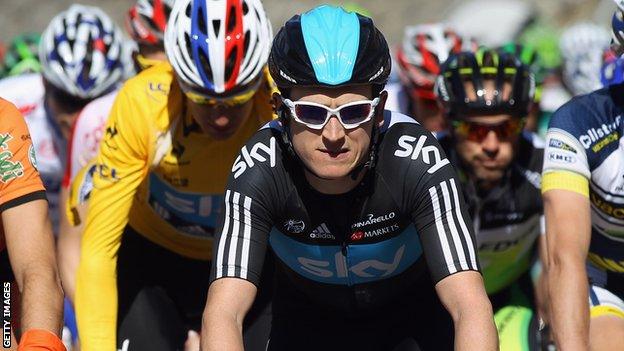 Geraint Thomas' hopes of winning the Paris-Nice race are over after he crashed on the penultimate stage.

Both were in a large peloton when a crash on a corner brought down the Welsh rider.

He got back on his bike but lost considerable time to Betancur who leads the race by 14 seconds.

Thomas, 27, who was left holding his collar bone following the incident, is now 38th overall seven minutes and 28 seconds behind Bentancur.

It is not known if he will start Sunday's final stage but Thomas said on Twitter: "All is ok thanks guys.

"Just gutted, good all race then boom... Nothing."