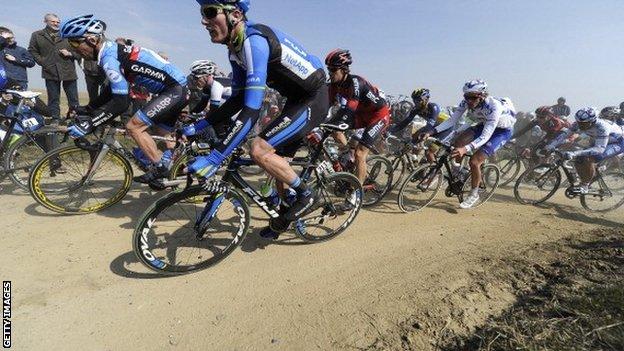 The 2014 Spring Classics were as predictably unpredictable as ever with different riders winning each race.

Switzerland's Fabian Cancellara underlined his status as one of the best one-day riders of his generation by winning a third Tour of Flanders title - his 10th career victory in the series of races that are defined by poor weather, mud and cobbles.

Norway's Alexander Kristoff won a sprint finish ahead of Swiss Fabian Cancellara and Britain's Ben Swift to claim the biggest victory of his career.

"It's amazing," said Swift. "I only found out I was doing San Remo two weeks ago. I felt good all day. It's just a shame that I got a bit boxed in in the sprint."

Mark Cavendish sprinted to victory in the 2009 race but he could not repeat the achievement as he just came up short in the final metres, crossing the line in fifth place.

Germany's John Degenkolb outpaced Frenchman Arnaud Demare and defending champion Peter Sagan in a bunch sprint after a breakaway group was caught within the final kilometre.

Victory at Gent-Wevelgem, the first of the spring "cobbled classics", is the biggest one-day win in Degenkolb's career to date.

The 33-year-old outwitted three Belgians in a sprint for the line after initially making his move on the third and final ascent of the cobbled Oude Kwaremont with 17km remaining.

Team Sky's Geraint Thomas, who was in touch for much of the race, could not follow Cancellara's move but was the first British rider to finish, in eighth.

Dutchman Terpstra broke clear in the last 10km of the 257km race in northern France which featured 28 cobbled sections and finished in an outdoors velodrome.

Team Sky's Thomas and Wiggins finished seventh and ninth respectively after being beaten in the sprint finish for the podium places by German John Degenkolb and three-time winner Fabian Cancellara.

Philippe Gilbert broke clear on the final climb of the day to claim his third Amstel Gold victory.

The Belgian rider finished ahead of countryman Jelle Vanendert after a decisive burst of pace on the race's fourth ascent of the Cauberg - a 1200m climb with a maximum gradient of 12%. 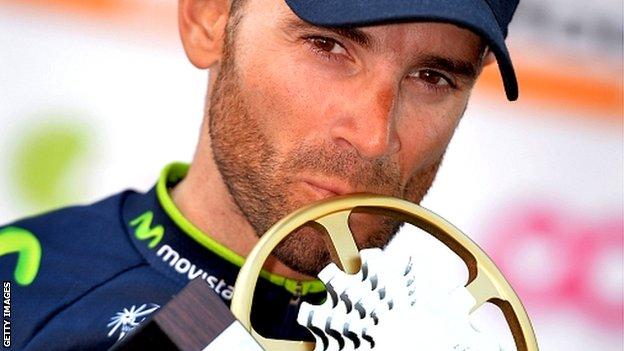 Spaniard Alejandro Valverde timed his attack to perfection on the gruelling Mur de Huy to win the Belgian race for the second time.

Britain's Ben Swift and Josh Edmondson, and Pete Kennaugh of the Isle of man - all with team Sky - did not finish. 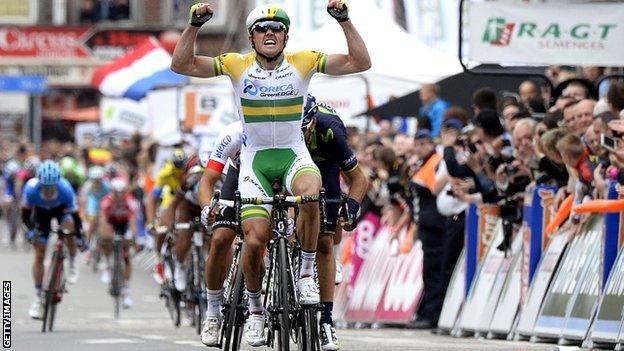 The 33-year-old Orica rider outsprinted Alejandro Valverde and Michal Kwiatkowski to clinch the 100th edition of the one-day race.

"It's an incredible victory, it's a dream come true," said Gerrans, who won Milan-San Remo in 2012.