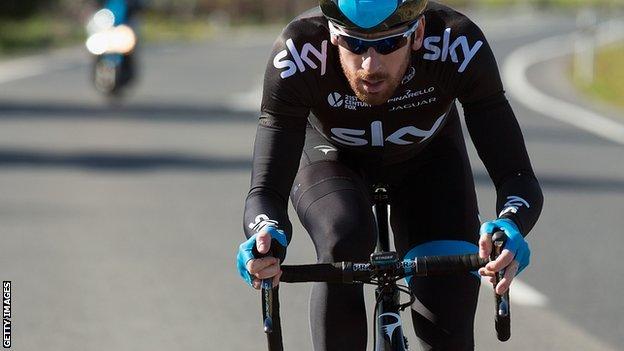 Olympic time-trial champion Sir Bradley Wiggins has withdrawn from next week's Tour of Catalonia to focus on the Paris-Roubaix in April.

Wiggins, the first Briton to clinch the Tour de France in 2012, will instead concentrate on hill training before the one-day classic.

"We decided I'd benefit a lot more from a couple of weeks to work on my climbing," said the Team Sky man.

The four-time Olympic gold medallist discussed the move with his coaches and will warm up for the 13 April race with a ride in the Scheldeprijs four days earlier.

"This block was probably something I was going to end up missing out on this year just due to the congestion in the race schedule, but this is now an opportunity for me to get some good training under my belt and concentrate on improving in every area," added Wiggins.

Ahead of the Tour de France Wiggins is set to enter the Tour of California in May and Criterium du Dauphine in June, a race he won in 2011 and 2012.