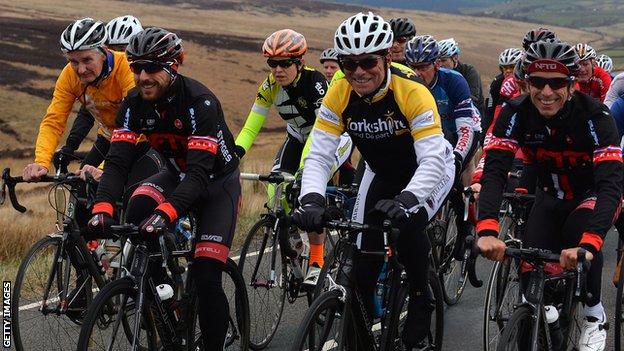 Yorkshire will stage a three-day race from 2015 - one year after hosting the Tour de France's Grand Depart.

The Tour's organisers - ASO, Welcome to Yorkshire and British Cycling - will jointly stage the international race in May for at least the next three years.

Gary Verity, CEO of Welcome to Yorkshire, said: "This new race will rank as a major new addition to the global cycling calendar.

"It will be three days of cycling right the way across the county."

The race is expected to include a stage through the North York Moors to Scarborough, and will start with a split stage - a time trial and short road stage.

There is no plan to stage a women's version of the race in the initial three-year deal, but it is hoped it can be added later, along with an event for amateurs.

British Cycling director of cycle sport Jonny Clay said: "This is good news for cycling fans across the country but particularly in Yorkshire, where interest in the sport has rocketed thanks to the Grand Depart.

"Principal among our criteria for approval is the long-term viability of an event - we want races which will return to inspire people year after year - and how effective it will be in getting more people and investment into grassroots cycling."

The race was announced as Yorkshire marked 100 days to go before the start of the Tour de France.

Leeds hosts the Grand Depart on 5 July, with the first stage finishing in Harrogate. Stage two of the 101st Tour starts in York and ends in Sheffield.

The third stage starts in Cambridge and takes in a complete a circuit of the Olympic Park in London before finishing on the Mall in the capital.

The race last visited the UK in 2007, when London and Kent hosted the prologue and opening stage.