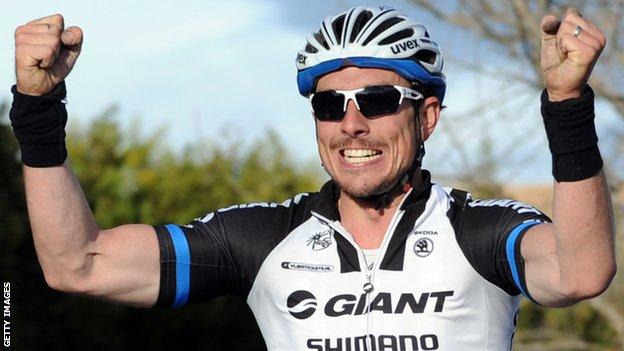 Cannondale's Sagan launched himself within sight of the line but was beaten into third by Giant rider Degenkolb, 25, and FDJ's Demare, 22.

Team Sky rider Geraint Thomas crashed near the end of the 233km route.

Team-mate Stannard, 26, did not finish the race, and was taken to hospital for medical assessment.