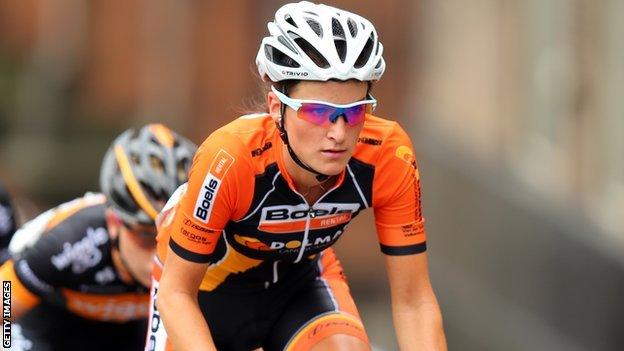 The Olympic silver medallist, 25, was beaten by Sweden's Emma Johansson in the final sprint, with Belarussian Alena Amialiusik in third.

Johansson outpaced her rivals in the uphill finish of the 123.7km (76.9-mile) course alongside Lake Maggiore in Italy.

The third race of the World Cup, the Tour of Flanders, starts next week.

Dutchwoman Marianne Vos, who beat Armitstead to road race gold at the 2012 Olympics in London, has won the World Cup five times since 2007.

But the 26-year-old Dutch rider, who won the World Cyclocross title in early February, will not return to road racing until the Fleche Wallonne Feminine in late April.