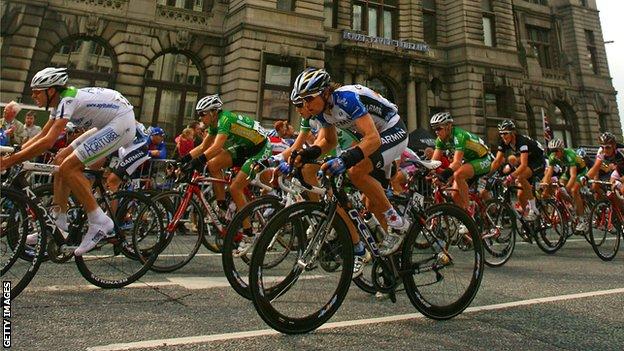 Liverpool has been chosen as the host city for the opening stage of the 2014 Tour of Britain on Sunday, 7 September.

Bristol, Bath and Brighton also host stages in the eight-day race, which begins on Sunday, 7 September.

One of the toughest challenges facing the riders will be a six-kilometre climb of The Tumble, above Abergavenny in Monmouthshire, during stage three.

Nine teams, headed by Team Sky, have already confirmed their participation in the race.

The final stage of the race, which was won last year by 2012 Tour de France winner and Olympic champion Sir Bradley Wiggins, will include an individual time trial for the first time since 2011.

Seven new venues will welcome The Tour of Britain, in addition to returns to Liverpool, Worcester and Exeter.

"With our toughest summit finish yet, an individual time trial in London and several longer stages, this year's Tour of Britain has a varied and testing route that will present opportunities to a variety of riders," said race director Mick Bennett.

"The route will again showcase some fantastic scenery, and combine major British cities with charming and picturesque towns and villages, as well as testing climbs, all of which will make for a memorable Tour."

For the first time since 2008, Liverpool will host The Tour of Britain, with the opening stage consisting of a ten-lap, 130km stage starting and finishing on The Strand, beneath the world-recognised skyline of the city's Three Graces.

The battle for the race leader's yellow jersey will go down to the final day in central London, with both an individual time trial and circuit race taking place on the iconic 8.8-kilometre circuit that takes in the capital's best known landmarks, including the finish on Whitehall.