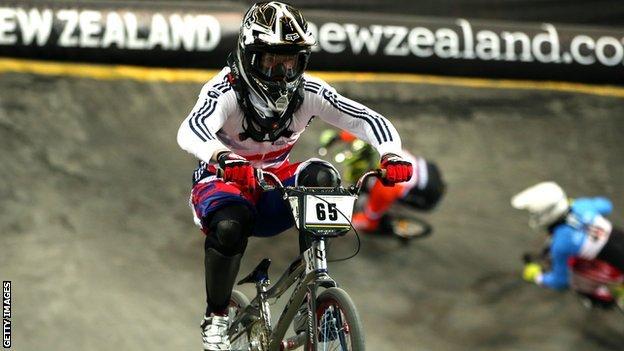 Liam Phillips will head the Great Britain elite squad in the first round of the UCI BMX Supercross World Cup in Manchester on 18-19 April.

Phillips will be joined by Kyle Evans, Tre White, Charlotte Green and Abbie Taylor in the five-strong elite squad.

"2013 was a fantastic year for the sport and Liam's success has given us a real boost," coach Grant White said.

White also welcomed the chance for members of British Cycling's BMX Academy Programme to gain experience over the two days at the National Cycling Centre.

He said: "An additional benefit of having a World Cup in Manchester is that the younger riders who haven't made selection to represent Great Britain can still compete.

"So Ryan Stack and Valerie Zebrakova from the Olympic Development Programme will get to experience racing at an elite level, which is invaluable for their progression."

After the event in Manchester, the UCI BMX Supercross World Cup series moves on to the Netherlands, Germany, Argentina and the United States.