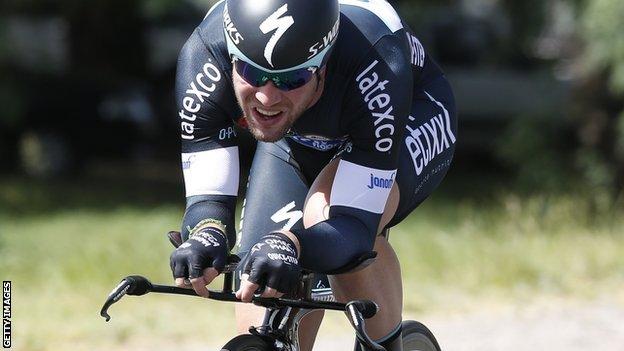 Mark Cavendish has pulled out of the Scheldeprijs because of flu.

The 28-year-old Omega Pharma - Quick-Step rider has already missed the Gent-Wevelgem, Driedaagse De Panne and Tour of Flanders because of the illness.

"I am sad to miss a race that is very close to my heart - my first win as a professional," the Manxman said.

"With a team built around me, I wouldn't feel right in asking my team-mates to sacrifice themselves if I'm not in condition to perform."

Team manager Patrick Lefevere says there may now be a rethink about Cavendish's race programme.

A decision will be made next week.

The Scheldeprijs, which starts on Wednesday, is held on a flat course in the Flanders countryside in Belgium, and was won by Cavendish in 2007, 2008 and 2011.