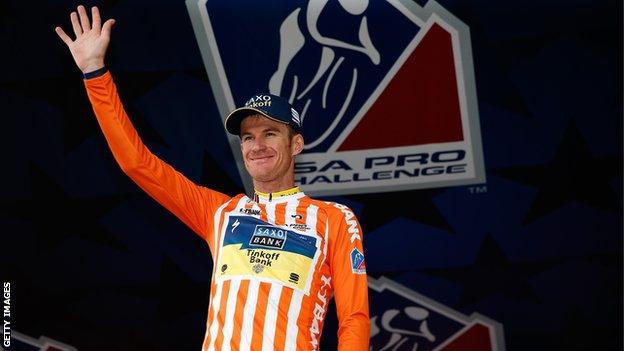 The Australian was suspended after testing positive for clenbuterol at the Japan Cup in October.

But following laboratory analysis, the UCI says the 34-year-old will face no further punishment.

It said there was "a significant probability" the steroid came from contaminated meat eaten in China.

Former Team Sky rider Rogers had been competing in China ahead of the Japan Cup.

In a statement, the UCI said the rider's results at the Japan Cup would be disqualified but that, after consulting the World Anti-Doping Agency, it had decided that he "should not be sanctioned any further".

The three-time world time trial champion's team, Tinkoff-Saxo, released a statement at the time that claimed the positive result could be due to a contaminated food source.

Rogers left Sky after being named in evidence in the Lance Armstrong case as working with the American's favoured doctor Michele Ferrari.

The Australian was upgraded to bronze in the time trial at the 2004 Olympics when Tyler Hamilton was disqualified for failing a drugs test.