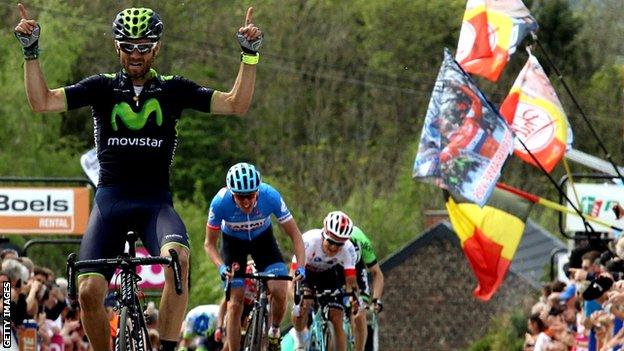 Spaniard Alejandro Valverde timed his attack to perfection on the gruelling ascent of the Mur de Huy to win his second La Fleche Wallonne race.

Britain's Ben Swift and Josh Edmondson, plus the Isle of Man's Pete Kennaugh - all with Team Sky - did not finish.

"Pete was really looking to do well and was motivated for the race but he again faded a bit in the closing stages," said team director Nicolas Portal.

"We know he has the talent and he will only get better from experiences like this.

"Swifty was the race captain and did a really good job. He was vocal and he's an intelligent guy so we were pleased with that."