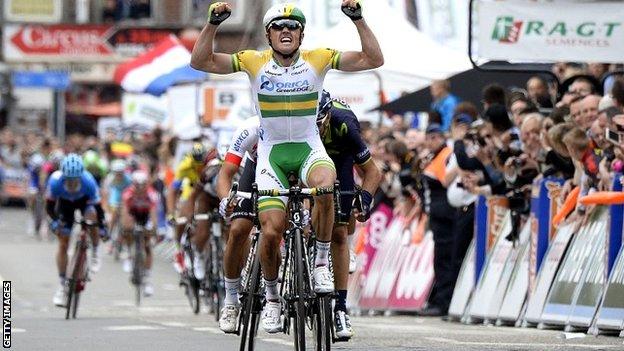 The 33-year-old Orica GreenEdge rider outsprinted Alejandro Valverde and Michal Kwiatkowski to clinch the 100th edition of the one-day race.

"It's an incredible victory, a dream come true," said Gerrans, who won the Milan-San Remo one-day race in 2012.

Britain's Chris Froome, the Tour de France champion, withdrew through illness ahead of the race.

Gerrans' best previous result in the race had been a sixth place in 2009, and he added: "I don't know what I feel right now.

"It's a really tough race at the end, so thanks to my team. They got me to the final. I didn't have good legs but I kept going and thanks to the team I could win.

"You never know in a final like this, the last climb is very tough. I did my best to get to the final bend with the leader."