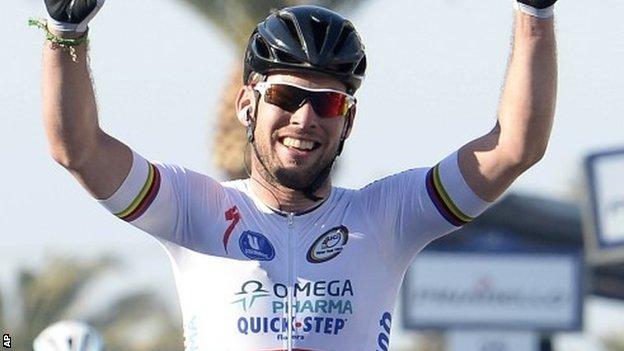 Mark Cavendish completed a hat-trick of stage wins at the Tour of Turkey, sprinting to victory on stage four.

They were among the peloton that caught Torku rider David de la Fuente, who attacked over the final climb of the 124km route between Fethiye and Marmaris, before stretching the pack in the final stages.

Renshaw then stayed with Cavendish until the final 100m when the Manxman raced clear of both him and Argentine Richeze to win.