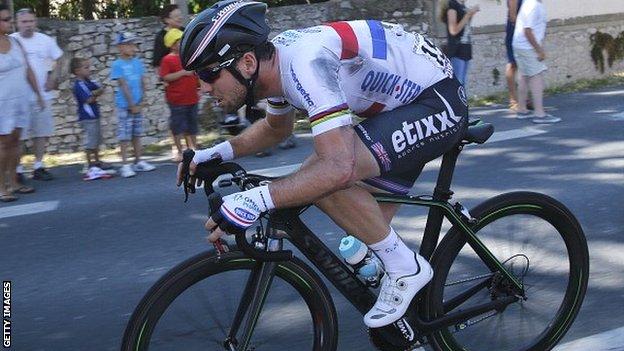 Italian Elia Viviani outsprinted Mark Cavendish in the fifth stage of the Tour of Turkey to end his domination of the sprint stages.

Cannondale's Viviani timed his run perfectly, beating the 28-year-old Briton by a bike length in Turgutreis.

Omega Pharma-Quick Step rider Cavendish, who won three of the opening four stages, began his sprint with 200m left, only to be overtaken.