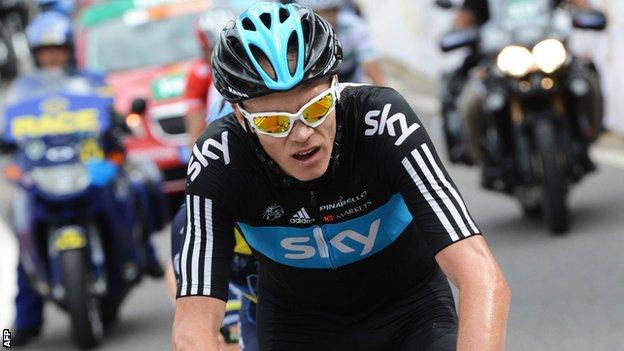 The defending champion was ushered to the finish in Fribourg, Switzerland, by fellow Team Sky riders.

He now has the narrowest of deficits to overturn on the fifth and final stage's 18.5km time trial around Neuchatel.

Froome, the 2013 Tour de France winner is making his competitive return this week after recent illness and injury problems.