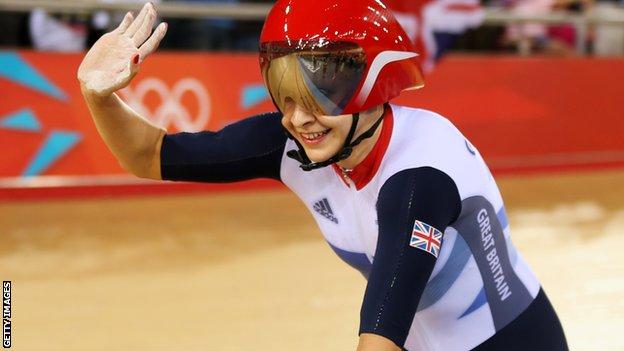 Britain's Joanna Rowsell is out of the inaugural Women's Tour of Britain after suffering illness in the build up to the race.

The Olympic and world track champion has pulled out on doctor's advice.

"I am obviously very disappointed," the 25-year-old said. "I had been really looking forward to being part of the event in its first year."

I will, of course, be following the event, which is a massive step forward for women's cycling

She had been expected to line up for Wiggle Honda when the five-day stage race began in Oundle on Wednesday.

"I have been ill with 'flu and having followed the doctor's advice I have been withdrawn from the race," Rowsell added.

"I know the organisers have worked very hard to make it happen and I'm sure it will be a fantastic event," the British time-trial champion added.

"I will, of course, be following the event online and looking forward to watching the TV coverage, which is a massive step forward for women's cycling."

Rowsell was part of the women's team pursuit gold-winning team on the track at London 2012.