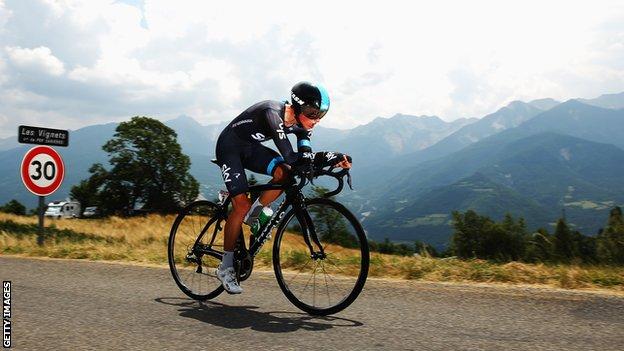 Peter Kennaugh has withdrawn from Team Sky's nine-man Giro d'Italia squad, leaving team-mate Ben Swift as the only British rider in the race.

Kennaugh claimed the first title of his career in March but has struggled to recover from an illness that also forced him out of Liege-Bastogne-Liege.

"I'm feeling better but I'm behind on where I wanted to be. The plan is to be competing in a few weeks," he said.

Chris Sutton has been drafted in for the race, which starts on Friday.

The Australian supported Chris Froome in the Tour de France champion's most recent triumph at the Tour de Romandie.

The three-week race begins with three stages in Northern Ireland and Republic of Ireland before heading to Italy.