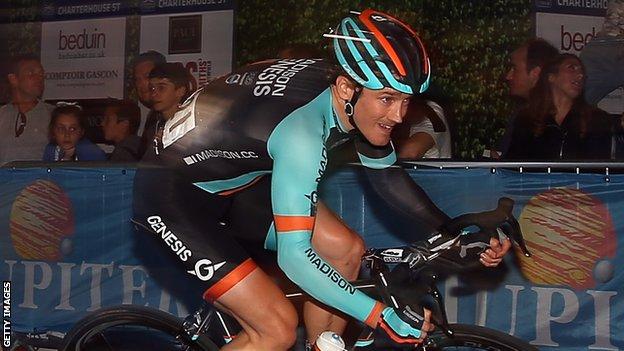 Guernsey cyclist Tobyn Horton says his two recent victories have been the best of his career so far.

"I would have been happy with any Tour Series win, but both in the capital are big events," the 26-year-old Madison Genesis rider told BBC Radio Guernsey.

"I'm over the moon and it's only just sinking in really."

Horton in November after previously racing for the

And the two events were part of his preparations for representing Guernsey in this summer's Commonwealth Games in Glasgow.

"I've been trying to win a race of this calibre for many years and last year I got close many times and showed what I can do.

"With the Tour Series, it's quite difficult to go for those individual wins at times because quite often the team tactics outweigh the individual tactics," he said.

"But Thursday night played well into my hands and Saturday, being a one-off event, was every man for himself.

"It was nice to show that Thursday wasn't a fluke and to back it up is awesome."

"I was convinced that if I did everything correctly I'd be able to go and win again like last year," Opie told BBC Radio Cornwall.

"But I hesitated a bit too long and just missed out on the line."