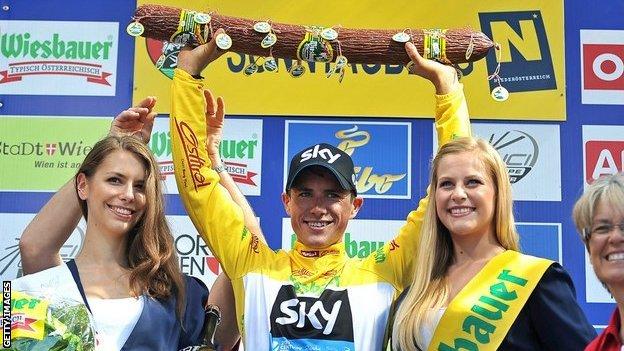 Britain's Peter Kennaugh has retained his 29-second lead and the yellow jersey at the Tour of Austria after finished 10th on stage four.

Italian Oscar Gatto claimed his second stage of the week-long tour, ahead of Juan Jose Lobato.

"Hopefully we can still have our forces ready and Pete has the power to be there and do a good time trial."

The 25-year-old from the Isle of Man won Sunday's opening stage after recently taking the British road race title.

He will represent the island in both road and track events at the Commonwealth Games in Glasgow later this month.