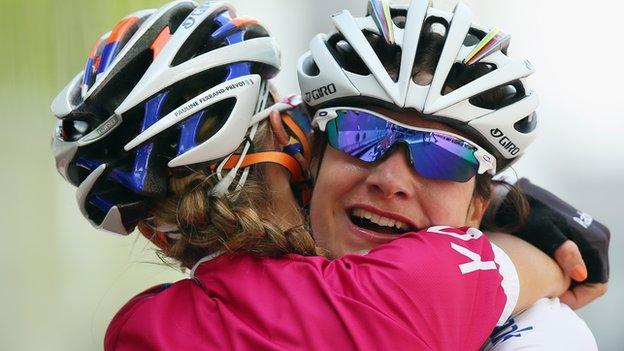 Dutch cyclist Marianne Vos claimed her fourth stage victory in the Giro Rosa and extended her lead in the overall race.

The Rabo-Liv rider beat Wiggle Honda's Giorgia Bronzini and Emma Johansson of Orica GreenEdge in a bunch sprint at the end of the 92km seventh stage.

She now has a 54 second advantage with two stages remaining.

Before the riders arrived at the finish there was a minor drama as the United Healthcare team bus got stuck under the finishing line arch. It was a scene very similar to the first stage of the 2013 Tour de France when the Orica GreenEdge bus crashed into the gantry.