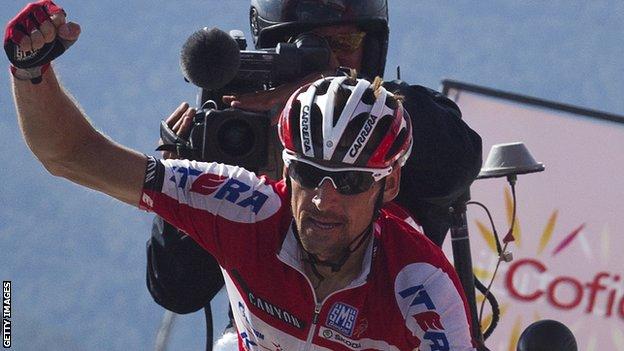 Russia's Denis Menchov has been stripped of his results from the 2009, 2010 and 2012 Tours de France for doping offences.

Menchov, who retired last year, has also been banned until April 2015.

He was promoted to second in the 2010 Tour when winner Alberto Contador had his victory expunged for doping.

The Union Cycliste Internationale said that abnormalities had been "clearly identified" in Menchov's biological passport from the Tours in question.

The then-Rabobank rider was awarded the 2005 Vuelta a Espana when winner Roberto Heras was disqualified for doping, winning the race outright two years later before claiming the Giro d'Italia in 2009.

The 36-year-old Russian finished the 2009 Tour de France in 51st place while still with the Dutch team, and was 15th in 2012 after moving to Katusha.