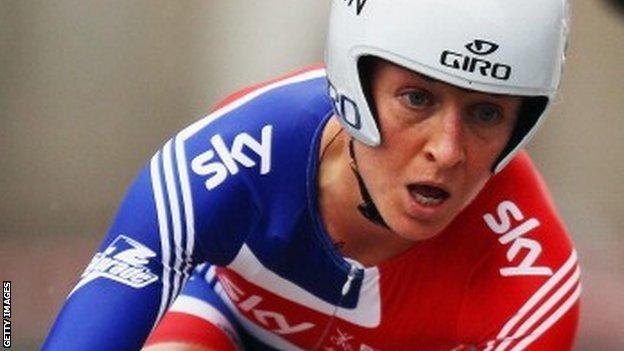 The 31-year-old will concentrate on triathlon and running in the future.

Pooley, who won time trial silver at the 2008 Olympics in Beijing, will ride on Sunday as part of the England team headed by Lizzie Armitstead.

"I want to go out properly, when I've planned it and have no regrets," said the London-born rider.

Speaking to Rouleur magazine, the 2010 world road time-trial champion added: "I've been mulling it over, and came to the conclusion that the Commonwealth Games is the perfect opportunity."

Pooley opted out of the Great Britain team in 2013 to complete her PhD in geotechnical engineering.

She won the Lausanne Marathon last year and also competed in triathlons before returning to cycling full-time in 2014 with the Belgian Lotto-Belisol team.

Pooley, who won three stages of the women's Giro d'Italia earlier this month, added: "After the first Giro stage win, there was a little bit of me that thought about carrying on until Rio 2016, but the decision was made.

"Maybe I had a good Giro because the weight was off my shoulders. Maybe it was the last-chance saloon."

Pooley was a key figure in the campaign for a women's race at the Tour de France, which led to La Course won by Dutch cyclist Marianne Vos on Sunday.

Of her cycling career, she told BBC Sport in April: "I don't do it for the prize money. I love sport. And if you'd like to print this I'd be very grateful, because I keep getting accused of being a whinger."