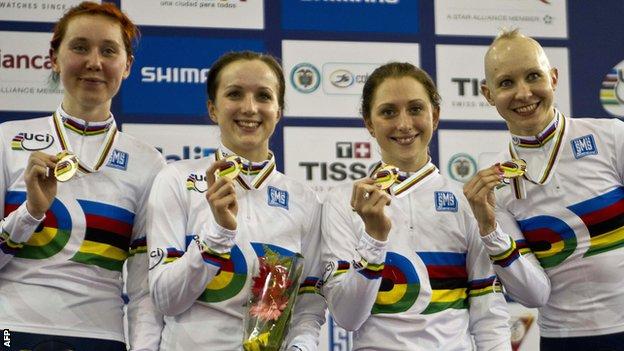 The Championships take place in Guadeloupe from 16-19 October.

"The squad as a whole is prepared and looking forward to the racing," Sutton added.

"It's good to see some new faces in the team with Ciara Horne, who joined the Academy programme last month, making selection as well as Mark Christian who returns to the track team as a guest rider following his strong performance at the Commonwealth Games."

The British quartet won gold at the World Track Championships in Colombia in February.